Where is my motivation today? 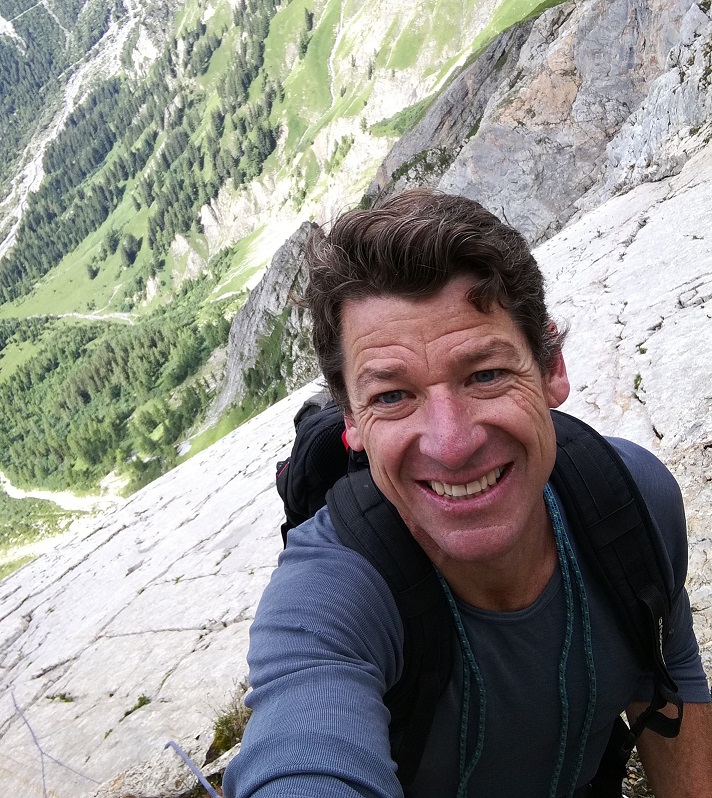 Together with my friend Gilles, in April after I returned from Florida, we ran the 20km Lausanne semi-marathon disguised as jars of Eric's peanut butter.

A couple of months later I ran, again with Gilles, a forty-two kilometers trail run with six thousand meters of positive denivelation. I finished in the first twenty racers.

Next, I decided to climb the Miroir d'Argentine, solo. I made an initial attempt one afternoon, and I had only a small piece of rope with me. The cliff was high and impressive. I managed to climb the first two hundred meters of the Normal route before I got too scared and backed-out.

The idea stuck with me, and I returned two weeks later. This time I took a longer rope and more gear. Again, I climbed the first two hundred meters of the Normal route, and this time I felt much better.

I joined the ledge under the main slab which I followed up until I came across the Direct route. I ended up quite rapidly, alone, in the middle of the famous face of the Miroir. It felt magic to be dangling so far up the face with no one in sight.

I felt strong and moved up fast. Dark clouds were gliding and accumulating in the sky. I had to be quick. I jammed my hands in the crags, and my feet ran swiftly up the cliff. I reached the top in three hours. It was an ecstatic moment.

After this feat, I set my mind to run up to the top of the Grand Paradiso in Italy.

So, one early morning, I drove out of Chamonix and arrived at Pont around 6 o'clock, the little village at the bottom of the mountain, and started my climb toward the summit.

I reached it in four hours, and I was back at the car at noon. The ascent took me six hours back and forth.

Where did I find all this motivation and energy to do all this? Today, I feel the total opposite.

All I want to do is eat, sleep and do nothing.