It doesn't only happen to others 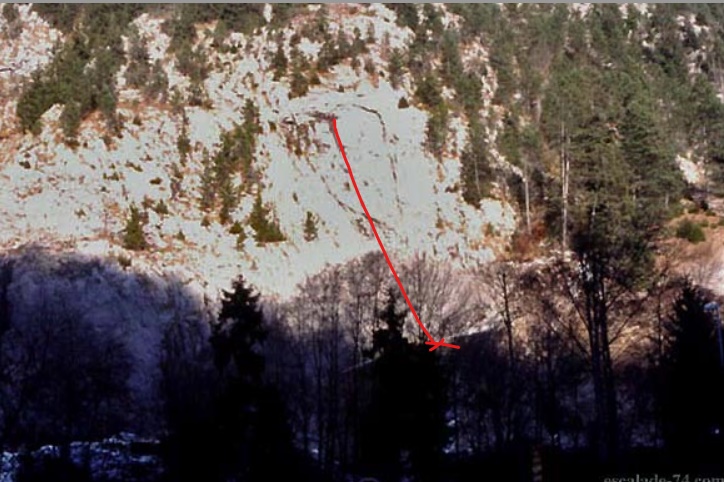 I honestly didn't understand I was mortal until I was sixteen and a half years old.

It is when I had my climbing accident that I found out that terrible misfortunes can happen to me too.

When I opened my eyes, I didn't feel any pain at first. I laid there in disbelief. I knew someone had fallen. I had heard him scream and guessed it must have been terrible. I didn't know who it had been though.

But I could see the cliff above me now. And the couloir underneath where I had probably rolled down to where I was lying, still and motionless.

It had been my voice I had heard and not someone else's.

It had happened so fast I didn't understand I had slipped and fell. I could feel a wet warmth on my head. The blood was dripping slowly into my eyes and blurred my sight.

I tried to wipe it with my right hand. But my wrist was broken, and it was of no use. So I decided to clean my face with my left hand instead. It felt cumbersome. I was spreading blood more than I removed it.

My friends had run down to where I was. They saw me fall, crash on the ledge and tumble down unconscious in the couloir. They thought I was dead. I tried to make fun of the situation and reassure them I was alright. Of course, I was not. I was in a pitiful state.

Blood and dust covered my torn clothes. I had broken my femur and my right hand in the fall. My leg moved into three different directions. Maybe I had crushed my skull too. I couldn't tell. But my head rested on a sharp rock.

I could feel the adrenaline drifting away. The pain was stumping in slowly and loudly.

I had fallen because I had been, apparently now, a fool. One may even say I had deserved it because I had decided to climb solo. A few days previous, I had promised my father I would always use a rope. I didn't think I had misbehaved. The route was easy.

First, one had to follow a system of crags where one could find good holds and foot placement. Fifteen meters above the ledge, one had to cross over on a slab to reach a small roof.

My friends had set up a belay above the overhang. I had planned to meet with them, and then climb fast over to the top. I was sixteen years old; I felt confident, self-assured, even reckless a little.

When I engaged on the slab, I could already visualize myself dangling off in the overhang with ease. I knew the route by heart and where to find the holds.

I remember my pink climbing shoes moving steadily on the rock face through the sheer matter of friction. I forgot what brand they were, but they were not the Sportivas. I had climbed many times with them, and they were a little used by now. The tip of one my sole had even pilled off a little.

Then I heard that cavernous roar. It was a long and deep hollow call for help, desperate to cling on to any bribe of life as it plunged into the abyss.