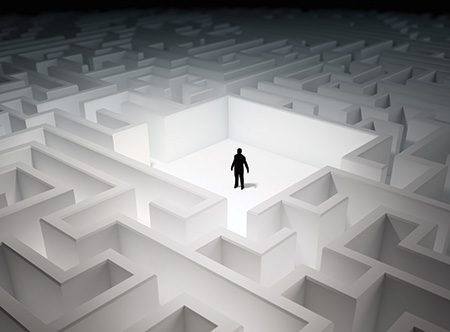 Money was becoming scarce. My wife was scared. I was anxious. We cried.

We didn't want the children to know, but they felt the situation was dire. The only way out was to find a job, or so I was told. I had never worked for someone else before. I kept it to myself, but I didn't want to find a job. I wanted my project.

I tried to get work nonetheless. I sent out hundreds of résumes, but I didn't care whether people read them or not. At least, it gave the impression I was doing something. I am a creative person although I didn't honestly acknowledge this at the time. Somewhat, I felt I had to build something. It was essential. So I painted. A lot.

I didn't take up painting overnight. It is something I had been doing since 2003. I was always good at drawing when I was young. Art was a logical extension to this skill.

I felt embarrassed to paint, but the calling was stronger than finding a job. It took my anguish away. I created many pictures during that time. Some were quite successful.

I did that for about two years. It seems it is the duration it takes to reinvent oneself. I kept sending motivationless resumés all this while. I never received any response back. It was somehow a relief. I wouldn't have known what to do with a positive reply as I didn't aspire to work on someone else's dream.

I took some consulting assignments. It helped, but I didn't like doing it. I gave advice to people who had terrible ideas and didn't want to follow up on my suggestions. I felt it was a waste of time.

I longed to create a product of my own. Every day, I kept on writing down many ideas in my textbook. Most would go nowhere. I tried to develop one or two, ultimately they failed. But each trial taught me something new and got me a little closer to finding a solution to my situation.

I also started to sell my paintings. It felt nice. But I disliked exhibiting my work. I kept on writing more ideas.

The tension built up at home. Invoices piled up. My wife paid for everything. I was useless. At one point I had to borrow money from my parents. I felt terrible. Probably, this was the lowest I had ever been in my life. Had I reached the bottom? Maybe.

But I knew I would find the way out of this. In many ways, it was paradoxically reinvigorating. It cleaned me out of any vain desires and false motivations. Something would come up. I would see my way out of this.

Then I found a part-time job. It gave me a salary and the flexibility I needed to move forward. Two months later I saw a TV show. A French mother was giving peanut butter to her teenage girls. They loved it. I knew how to make real peanut butter.

One month later I had launched the Eric's Peanut Butter and never looked back since.